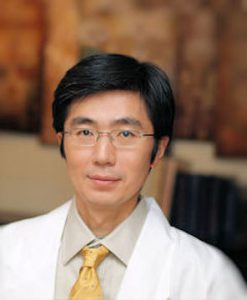 As the founder and clinical director of The Pacific Wellness Institute, a leading alternative medical center in Toronto, Tim Hideaki Tanaka, Ph.D., R.Ac, R.TCMP, is a Registered Acupuncturist and Traditional Chinese Medicine Practitioner in Ontario. Born in Fukuoka, Japan, he studied acupuncture and East Asian Medical Therapies in Tokyo, obtaining his national acupuncture license prior to moving to North America.

With his Ph.D. in medical science, Tanaka was the recipient of the World Federation of Acupuncture and Moxibustion Society’s 1996 Excellent Research Award for his study on Somatic Reaction Induced by Acupuncture Stimulation. He was appointed Visiting Research Fellow of Acupuncture at the Tsukuba University of Technology in Japan and lectured extensively across the globe, including in the United States, Canada, the Netherlands, Hungary, China, and Japan.

Tanaka has co-authored Japanese acupuncture and traditional massage textbooks, in addition to a number of research papers published in peer-reviewed medical journals. His original research has been cited by many scholarly papers and clinical textbooks as well, referenced in various government and public agency reports, including the US National Institute of Health (NIH), Consensus Statement on Acupuncture.

He is currently editor-in-chief of the Mathews Journal of Nutrition & Dietetics and an editorial board member of the International Journal of Clinical Research and Trials. As well, he frequently served as an expert reviewer in the fields of acupuncture, traditional Asian medicine, female reproductive medicine, and applied neurophysiology for many peer-reviewed medical journals.

With an extensive and unique background, both in education and practice, Tim Tanaka is well versed in all aspects of traditional Asian medicine: acupuncture, herbal medicine, massage, and diet therapy. At the same time, he also values the benefits of modern scientific and therapeutic approaches, including heart rate variability (HRV), functional medicine, and clinical nutrition. With more than 30 years of clinical experience and in-depth training in alternative medicine, Tanaka is known for cutting-edge treatments and his enduring influence within the field.

Tanaka is board certified in biofeedback by the Biofeedback Certification International Alliance (BCIA Senior Fellow.), and he has produced HRV biofeedback-based breathing training CDs in collaboration with Somerset Entertainment. The CDs have been sold globally through e-commerce giants, such as Amazon.com, and are used within his own clinic during acupuncture sessions to optimize therapeutic conditions.

“Your health concerns will be addressed in the most effective and timely manner possible. The treatment system I have developed is designed to relieve your symptoms and improve your overall health simultaneously, which encompasses the knowledge and skills that I have acquired through my extensive research and clinical experience.”

Tim H. Tanaka, Ph.D. is presented the
Excellent Research Paper Award at the 4THWorld Conference on Acupuncture, in 1996. (Left: the late Chen Shaowu MD, former President of the “World Federation of Acupuncture-Moxibustion Societies.”)

Served as Expert Reviewer for:

Mori, H., Tanaka, T. H., Kuge, H., Sasaki, K. Is there a difference between the effects of one-point and three-point indirect moxibustion stimulation on skin temperature changes of the posterior trunk surface? Acupuncture in Medicine, 30:27-31, 2012 [Medline]

Mori, H., Tanaka T.H., Kuge, H., et al. Is there a difference between the effects of single and triple indirect moxibustion stimulations on skin temperature changes of the posterior trunk surface? Acupuncture in Medicine, 29:116-121, 2011 [Medline]

Ozaki, A., Wakayama, I., Tanaka, T., Suzuki, T., Shinbara, H. ここまでわかった鍼灸医学：基礎と臨床との交流 －筋疾患および筋機能・代謝における鍼灸の効果と現状 (Effects of Acupuncture and Moxibustion on Muscle diseases and Muscular Functions/Metabolism and the Status of These Techniques) 全日本鍼灸学会雑誌，2004年第54巻5号698-716 Vol. 54, No. 5, 698-716, 2004 [Full Text in Japanese]

Tanaka, T.H.  Acupuncture Status in Canada: Summary of Educational, Social and Legislative Issues in Ontario.  Journal of The Japan Society of Acupuncture and Moxibustion, Vol. 51, No. 5, 623-627, 2001

Tanaka, T.H.  The Possibilities for Optimizing Acupuncture Treatment Results through Synchronization with Somatic State: Examination of Autonomic Response to Superficial Needling During Exhalation.  American Journal of Acupuncture, Vol. 24, No. 4, 233-239, 1996

Tanaka, T.H.  The Influence of Acupuncture on Synergistic Coordination.  Paper presented at the 29th Annual Meeting of Association for Applied Psychophysiology and Biofeedback, Orlando, FL., April 1-5, 1998.

Embrace Your Fertility – Empowering You with Tools to Help You Succeed. Balboa Press, Bloomington, IN, 2016 (Coauthored)