Osteopathy is a gentle and holistic form of manual therapy that targets chronic pain and other health ailments. Osteopathy treatment is now recognized widely as one of the effective treatments for chronic pain. Osteopathic therapy in  our clinic is covered by many health insurance plans. 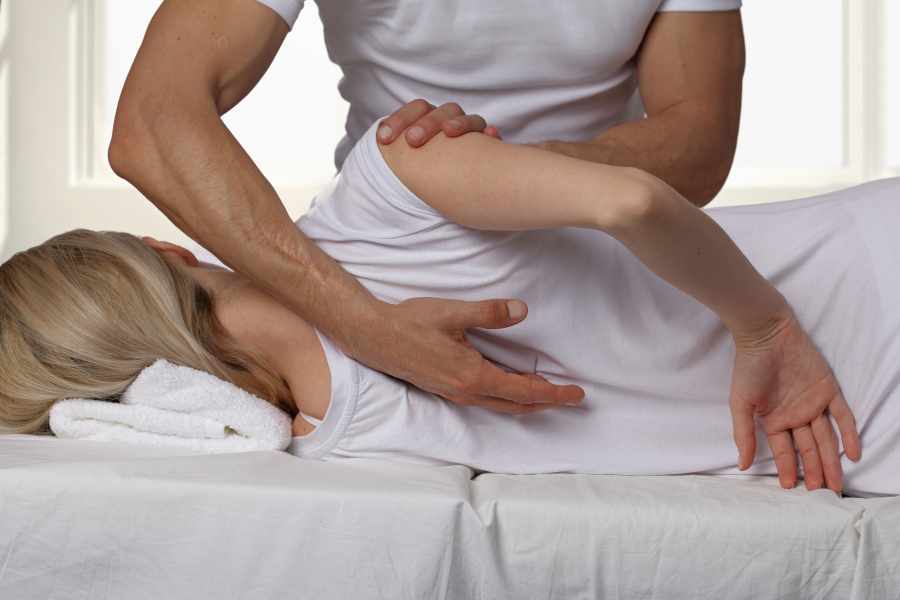 Osteopathic treatment relies on restoring the connection between the different systems of the body. It is essentially a holistic form of therapy that considers the relationship between the structure and function of specific body areas.

Osteopathy was first founded by American physician Dr. A.T Still in 1874. Dr.Still sought alternatives to the current practice of medical care at his time.

He was dedicated to finding modalities that were non-medicinal and non-surgical yet instead focused on how to adjust the structures themselves to bring relief. He believed that the human body contained everything necessary to sustain life and by freeing restrictions in the musculoskeletal, nervous or circulatory system we help to balance the flow between them.

However, these are all used in combination!

OSTEOPATHY IS KNOWN TO BENEFIT AN ASSORTMENT OF CONDITIONS SOME OF WHICH ARE:

The Pacific Wellness Institute is conveniently located in downtown Toronto, at the northwest corner of Bay and Bloor Streets directly above the Bay subway station. (about Bloor-Yorkville, Toronto)

TTC Subway:
BAY Station (Bloor – Danforth Line) exit Westbound Platform to the Bay Street. Turn right on Bloor street, then you’ll find our building (80 Bloor Street West). Take the elevator to the 11th floor. Less than 1 minute walk to our building from the BAY station. There is also direct underground access to our facility from the BAY station.

BLOOR Station (Yonge – University Line) exit South Bound platform to the Bloor street. Walk towards Bay street (West direction). Immediately after crossing the Bay street, you’ll find our building (80 Bloor Street West). Take the elevator to the 11th floor. Less than 5 min. walk to our building from the BLOOR station. There is also direct underground access to our facility from the BLOOR station.

Parking: There is parking available just east of Bay Street between Cumberland and Yorkville avenue. There are many other parking options available nearby.

Osteopathy is a gentle form of manual therapy that targets pains and aches all over the body.  It mainly addresses painful symptoms starting in the musculoskeletal system, which is essentially comprised of the muscles, tendons, ligaments, and joint spaces. Osteopathy uses an assortment of techniques that may be used in chiropractic, massage therapy and physiotherapy in addition to osteopathic techniques. The difference is that osteopathy incorporates all of these techniques in specific combinations while maintaining a gentle but direct touch, to get to the root of the symptoms.

Osteopathy was originally founded by American physician Dr. Andrew Taylor Still in 1874. Dr. Still started to become dissatisfied with medical practices. Many series of events slowly pushed Dr. Still to seek a new way of treating the body. Firstly Dr.Still noticed complications with certain aggressive medical procedures (such as blood-letting) and harmful chemical prescriptions.  He also faced family hardship when 3 of his kids and his wife died from spinal meningitis, which the medical system at that time could not cure. Dr.Still strongly believed the body already had self-sustaining and self-healing properties, and it was the unrestricted circulation between the systems of the body that determined good health. He focused on the musculoskeletal system and determined that freeing up any blockages in the mechanics of the body helped to free up the flow between those systems. After much opposition from the orthodox medical society, he sought to establish a new school under this philosophy. In 1892 Dr. Still established the American School of Osteopathy.

The current practice of Osteopathy spans internationally and has different branches and disciplines, but always revolves around the philosophies initially introduced by Dr. Still. The osteopathic philosophy relies on the idea of the structure and function of the body following four main principles:

Two other branches of osteopathic therapy stemmed from the original osteopathic principles: Visceral Osteopathy and Cranial Osteopathy. Visceral Osteopathy incorporates gentle manual forces to encourage mobility and motion of the viscera (organs) and their connective tissue. It was first developed by French Osteopath Jean-Pierre Barral in the late 1900s. Cranial Osteopathy is an even more subtle hand pressure to mobilize the areas of the skull and sacrum (base of the spine). Its theory is based on the central nervous system’s rhythmic movements, which can be restored, for optimal health branching outwards in the body. Cranial Osteopathy was discovered by William Garner Sutherland in the mid -the 1900s.

Different Types of Osteopathic Practitioners in Canada and Other Countries

Presently, there is also a distinction between the different types of osteopathic practitioners. In the United States, osteopaths (DO – Doctor of Osteopathic Medicine) are medical doctors who studied osteopathic hands-on manipulative therapies in addition to conventional medical training.

In Canada and elsewhere, osteopathy is mainly practiced by osteopathic manual practitioners who are not physicians (MDs). They are graduates of private colleges that teach manual osteopathy. Osteopathic Manual Practitioners, also commonly known as Manual Osteopaths perform the same manual therapy following similar osteopathic philosophies. Manual Osteopaths do not perform surgery or prescribe medication, but mainly treat patients with a hands-on approach.

Osteopathy treatment is now recognized widely as one of the effective treatments for chronic pain.

It can help successfully treat a number of conditions, some of which are: low back pain, neck pain, sciatica, frozen shoulder, migraines, and many more.

Differences between Osteopathy and Chiropractic

It is important to note that manipulation techniques performed by Chiropractors, known as High-Velocity Low Amplitude (HVLA) thrusts, are not performed by Manual Osteopaths. In contrast, Manual Osteopaths perform mobilization, which is a gentle, slow and repetitive movement, on the joint which may still sometimes cause those cracking, popping sounds we hear with chiropractic adjustments.

Therefore, osteopathy could be an alternative to chiropractic or other therapeutic procedures, mentioned before. For example, some people may not respond well to the forceful thrusts performed by chiropractors.  The joint mobilization done by Manual Osteopaths is generally quite gentle. However, it still directly targets the mobilization of the same joint areas. Also, the soft tissue therapy done by massage therapists may be incorporated in Osteopathy. However, it is often combined with numerous other techniques that massage therapists may not always perform. Also, when patients visit physiotherapists, they may have difficulty attempting certain physical exercises because they are still too much of a weight-bear on the muscles. Osteopathic treatment starts first with loosening and restoring more movement and function in the treatment area before prescribing therapeutic exercises, which are similar to those that physiotherapists would prescribe.

What to Expect When Visiting  Osteopathy Clinic

Patients coming in to see a Manual Osteopath follow a similar procedure compared to other therapies in wellness clinics. Following a thorough history intake and physical assessment, the Manual Osteopath will make an osteopathic diagnosis.

The patient’s treatment time is spent mostly on the table and they are taken through repetitive, direct, gentle and effective techniques for the allotted time. Patients do not come in simply for a quick adjustment or a check-up but spend most of their time being treated.

Typically an osteopathic visit is 60 minutes including the initial assessment and treatment. Certain practitioners may treat patients for as little as 30 minutes or as long as 90 minutes to 120 minutes, depending on the patients’ health condition and preference. In Osteopathy the standard is always a form of joint mobilization. Depending on the condition the Manual Osteopath may perform different grades of joint mobilization, which is the amount of stretching the joint capsule is going through. Joint Mobilization can be effective in treating a multitude of joint conditions along with the musculoskeletal system, most common being low back and neck pain. Manual Osteopaths combine joint mobilization with the other osteopathic techniques previously listed.  Osteopathic practitioners develop a treatment plan or a specific treatment style depending on what they consider most beneficial for their patients.

Manual osteopaths will discuss the required subsequent visits, (generally on a weekly basis), as well as homework exercises.

Consult with Menashe Rakhamimov BSc, DOMP at The Pacific Wellness Institute for how Osteopathy can address the root of your aches, pains, and health concerns. Osteopathic treatment is covered by most health insurance companies.

or Book an Appointment Online