A growing number of professional and top amateur athletes visit acupuncturists
at the Pacific Wellness for the treatment of injuries and to help optimize their conditioning. 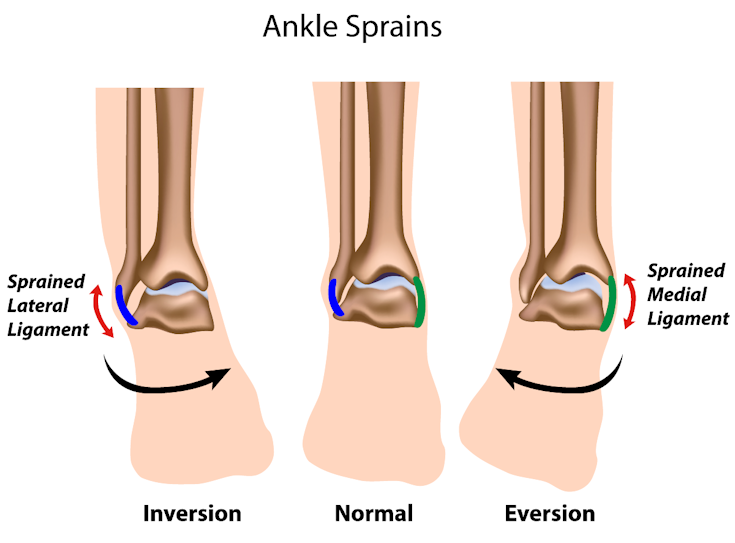 Sprain and strain of the joint and surrounded tissue are one of the most common sports related injuries (sprain involves the ligament and strain involves muscle or tendon).  Besides pain, the typical inflammatory response may include swelling of the injured area, redness or purple skin discoloration, and reduced range of motion of the joint.  In addition to conventional R.I.C.E (Rest, Ice, Compression, Elevation) treatment, many athletes have found acupuncture treatment to be very helpful in suppressing inflammation and swelling fast.  Prolonged inflammation can cause scar tissue formation and may prevent regain of proper joint mobility.  Our acupuncturists utilize an innovative approach to reduce acute inflammation involving local kryo application (ice or ice bar massage) and distant superficial guiding acupuncture with moxibution heat.  This approach provides remarkably fast reduction of inflammation and swelling in many cases.  Once the acute inflammation and swelling has been reduced substantially, he often utilizes another innovative approach called Dynapuncture.  Returning to exercise activity too soon after an injury can lead to repeated injuries of the damaged tissue.  However, returning to controlled motion early can promote proper healing.  Dynapuncture helps enhance restoration of healthy joint functioning while reducing pain.  Proper nutritional supplementation may also be necessary to ensure proper tissue healing.

Athletes in Nagano using acupuncture to cure their ills

NAGANO, Japan (AP) — Canadian speedskater Kevin Overland was in a panic. The Olympics were just over a month away, and he was nursing an injured hip and listening to a physical therapist tell him it wouldn’t heal in time.

So Overland turned to needles — and he’s going home with a bronze medal. ” I’d been in physical therapy a million and one times,” Overland said. “I knew it wouldn’t help in time, and a friend recommended acupuncture. I’ve really reacted well to it.”  Overland, who finished third in the 500-meter sprint, is one of a growing number of athletes who are finding a cure for everything from pain to fatigue in the deftly twirled needles of the acupuncturist.  And at the Nagano Olympics, they are seeking out the skills of local practitioner Susumu Koyama.  “We have a lot to offer them,” Koyama said as he finished Overland’s muscle treatment one recent afternoon. “The
re seems to be a lot of interest in what we do.” Acupuncture involves sticking long, thin needles into specific nerve junction points on the body. The needles often are rotated or electrically stimulated.  Koyama, who has practiced acupuncture in Nagano for 21 years, said he sees the flood of world-class athletes here for the Olympics as a chance to test the value of his needles and traditional Chinese herbs in sports medicine.  As Overland underwent treatment, about a dozen doctors and researchers from around the country looked on, taking notes and asking questions.  Koyama — whose office is right next door to the ahletes’ village — is offering free sessions to all athletes and officials. Just four days into the games, he had already treated about 20 foreign competitors, most for fatigue.  Though still seen as a fringe treatment in much of the West, acupuncture and sports are hardly strangers.  Pittsburgh Penguins star Jaromir Jagr, who will play for the Czech Republic in Nagano, used acupuncture to get over a groin injury last season. NBA guard Muggsy Bogues used it to relieve chronic knee pain that threatened to end his career two years ago.  Along with pain relief, Koyama said the metod holds several potential benefits for athletes.  Because capillaries tend to open under needle treatment, he said, acupuncture improves the circulation of blood and thus can cleanse muscles of lactic acid — which produces the sensation of muscle soreness and fatigue — faster than the natural process would.  He said acupuncture treatment also has been found to increase the production of endorphins, a substance produced naturally in the body that increases the feeling of happiness and well-being.  “And, with acupuncture, there is no fear of coming up positive on the doping test,” Koyama said.  Though Western medicine is dominant, acupuncture is widely practiced in Japan. As an indication of its acceptance, it is often covered under the national health insurance plan.  Koyama explained that the Chinese theory behind acupuncture focuses on the flow of “qi,” or energy, through the body. According to this theory, the interruption of the flow of qi causes disease. “We use different kinds of needles in China, Korea and Japan,” he said, adding that the length and style of needle used also depends on the affected area of the body and the result desired.  Speedskater Overland, who started acupuncture treatment in Calgary before coming to Nagano, said he has no doubts about its effectiveness.  “I came into this a bit skeptical,” he said. “But I know it works for me.”  He added, however, that it might not be for everyone.  “You have to be open-minded about it,” he said. “A lot of people aren’t.”

“Track and field is not my entire life, so it’s not something that would necessarily make me happy to train all day.” Nashville eyeing speed demons

The Predators are looking for speed in the expansion draft today according to GM David Poile and coach Barry Trotz. Though past expansion outfits such as Florida, Anaheim and San Jose went for bruising players, the Predators believe new NHL rules encouraging scoring will be the way to go.  That said, some of the players they’re known to covet include Doug Brown of Detroit, Scott Walker of Vancouver, Rob Zettler of the Leafs and Blair Atcheynum of the Blues. There is a rumor the Predators will take unrestricted free-agent goaltender Mike Richter from the Rangers, with the goal of getting a compensatory second- round pick. Each NHL team will lose one player, while Nashville selects three goalies, eight defencemen and 13 forwards.  JOHNSON ON ROOKIE TEAM: Maple Leafs freshman Mike Johnson made the NHL all-rookie team. He was joined on the team by Calder Trophy winner Sergei Samsonov of the Boston Bruins, New Jersey forward Patrik Elias, defencemen Derek Morris of the Calgary Flames and Vancouver’s Mattias Ohlund and Kings goalie Jamie Storr. ANDERSON’S OPTION: If John Anderson is not successful in landing the head-coaching position with the Anaheim Mighty Ducks, he will likely become an assistant coach with the St. Louis Blues. Anderson, who coached the Chicago Wolves to the IHL Turner Cup title, was a teammate of Blues head coach Joel Quenneville with the Leafs and Hartford Whalers. DONE DEAL: Eric Lindros, who could have become a free agent next week, finally signed his $8.5-million contract for next season with the Philadelphia Flyers. The Flyers want to sign Lindros to a long-term deal and would prefer to do that this summer.  “We have one deal nailed down and the next thing is for us to talk about the next one,” Lindros’ lawyer Gord Kirke said yesterday. “I think everybody would feel better if we could do this next one before the season begins. We’ll wait to hear from the Flyers.” Regardless of whether Lindros agrees to a long-term deal, the Flyers still may decide to trade him if they can find a suitable package. NEEDLES AND PINS: Paul Kariya, who battled post-concussion syndrome for three months, credits twice-weekly acupuncture treatments for his recovery from headaches and dizziness. “Before, I couldn’t remember the last time I felt good,” the Mighty Ducks captain said. “Now, I can’t remember the last time I felt bad.” Kariya was cross-checked in the jaw Feb. 1 by Chicago’s Gary Suter, causing him to miss the Nagano Olympics and the season’s final 28 games. “I didn’t think poking needles into me would work,” said Kariya, who began the treatments April 20. “I did it for about a month and it was great ... it’s good to be looking forward to next season.” Kariya said he harbors no ill-will toward Suter or former Chicago coach Craig Hartsburg, who is expected to be interviewed soon for the vacant Anaheim coaching job. Suter is an unrestricted free agent July 1 and there has been talk that the Ducks would like to sign him.  BRIEFLY: Ted Nolan has turned down the job of associate coach with the Islanders, who are expected to hire a Swedish goaltending coach to work with Tommy Salo … The Coyotes have promoted former Map
le Leafs defenceman Tom Kurvers from color commentator on their radio broadcasts to West Coast pro scout … Doug MacLean, GM of the Columbus Blue Jackets, was appointed president of the NHL expansion team yesterday. The team begins play in the fall of 2000. — with files from Scott Morrison/AP

STRETCHING DOES NOT PREVENT MUSCLE SORENESS

(Rob D Herbert and Michael Gabriel, Effects of stretching before and after exercising on muscle soreness and risk of injury: systematic review, BMJ 2002; 325 – 468)

Stretching before or after exercise does not prevent muscle soreness or reduce risk of injury, finds a study in this week’s BMJ.  Researchers in Australia reviewed five studies, involving 77 subjects, on the effect of stretching on muscle soreness. In all studies, participants were healthy young adults. Three studies evaluated stretching after exercising, and two evaluated stretching before exercising.  The studies showed that stretching reduces soreness by less than 2mm on a 100mm scale. Most athletes will consider effects of this magnitude too small to make stretching worthwhile, say the authors.  Stretching also does not produce useful reductions in injury, add the authors. Data from two studies on army recruits in training, whose risk of injury is high, show that muscle stretching prevents on average one injury every 23 years. Most athletes are exposed to lower risks of injury so the absolute risk reduction for most athletes is likely to be smaller still.

These findings are contrary to what many athletes and coaches believe and what is common practice, write experts in an accompanying editorial. Yet much of sport and exercise medicine and the management of musculoskeletal injury has developed empirically with little research evidence. The culture is changing, and this study makes a valuable contribution to the debate on stretching, they conclude.