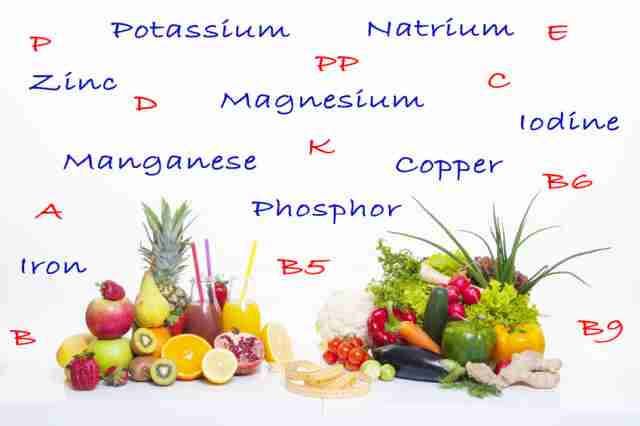 You probably already know eating a well-balanced diet is vital for good health.

Essential vitamins and minerals play a role in several body functions including mood, metabolism and nerve function. When deficiencies are present, a variety of health problems, such as depression and anemia, can develop.

In developing countries, vitamin and mineral deficiencies may be due to poverty and a lack of access to a variety of healthy foods. But even in developed nations, vitamin deficiencies occur for several reasons.

Although anyone can develop a vitamin deficiency, there are certain factors that increase your chances. Consider the following:

Pregnancy: If you are not taking a multivitamin or prenatal vitamin during pregnancy, you may be at risk of a vitamin deficiency. Folate is especially important for women of childbearing age. Low levels of folate are associated with certain congenital disabilities.

A diet lacking in vegetables: Vegetables contain several key vitamins including vitamins C and B. People who eat a diet high in fat and simple carbs with few fruits and vegetables may be putting themselves at risk of developing a vitamin deficiency.

Smoking: Smoking is bad for your overall health for a variety of reasons. One reason is it can interfere with the absorption of certain vitamins, especially vitamin C.

Many vitamins and minerals are essential for good health. Unfortunately, not everyone gets the nutrients they need. Below are some common deficiencies.

Iron: Iron is a critical mineral and helps you produce red blood cells. If iron levels become too low, your body does not have enough red blood cells to carry oxygen to the tissues and organs. Symptoms of an iron deficiency include fatigue, thinning hair, and pale skin.

Vitamin D: Vitamin D plays a role in maintaining healthy bones. It’s an important vitamin, but many people do not get enough. Vitamin D is produced by your body as a result of exposure to sunlight. Vitamin D is also found in certain foods and is available as a supplement. Symptoms of a vitamin D deficiency include high blood pressure, weakness and bone pain.

Folate: Folate is a vital nutrient, especially for women. Symptoms of a deficiency in folate include gray hair, fatigue, and mouth ulcers.

Vitamin B-12: Vitamin B is essential for a healthy nervous system function. It’s also needed to produce red blood cells. If levels are too low, neurological problems can develop including issues with balance, confusion, and tingling in the feet and hands. In some cases, neurological complications from a vitamin B deficiency can be permanent.

Magnesium: Sufficient levels of magnesium are needed for blood pressure regulation, blood sugar control, and proper nervous system function. Magnesium deficiency is not always diagnosed, since it may not show up on all blood tests. Much of magnesium is stored in your bones, which is why a blood test may not tell the entire story. Symptoms of low levels of magnesium include constipation, headache, and fatigue.

Anemia: Anemia is a common complication of a deficiency in iron. Women are at a higher risk of anemia due to blood loss during menstruation.

Depression: Although the causes of depression are varied, nutritional deficiencies can contribute to mood disorders. Depression is specifically linked to low levels of vitamin B and magnesium.

Fatigue: A very common complication of several different vitamin deficiencies is chronic fatigue. If your body does not get the nutrients it needs, it won’t function as it should, which leads to low energy levels.

Birth defects:  Certain deficiencies can lead to birth defects and pregnancy complications. For example, a low level of vitamin D is linked to higher rates of preeclampsia and low birth weight.

The best way to prevent a vitamin and mineral deficiency is to eat a variety of foods including plenty of veggies, fruits, lean protein, and complex carbs. Nutritional counseling can be very helpful to plan a diet and prevent deficiencies. Also, consider the following suggestions: