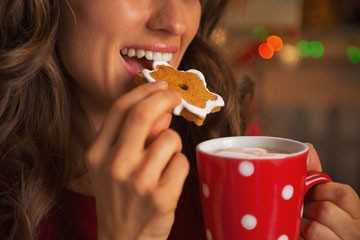 We all know that once the bowl of leftover Hallowe’en candy at the front reception dries out, holiday themes will advance at full steam. Holt Renfrew was on it the second October ended. Yes, holidays are a time to both look forward to and dread for endless reasons. It’s an increasingly emotional two months unless you are a Vipassana meditator, in which case you will be equanimous and immune to frenzy.

I want to remind everyone that passive restriction can often lead to unintended binging. So let’s enforce some strategies that could delay some of those rapid, impulsive actions when colleagues start dishing out cute holiday-shaped cookies and other sugar-molded shapes.

1. ONE. This number is your friend. Make a non-negotiable decision to participate in one (not two or four) of each treat available.
2. PICK. Two days. Two cheat days, per week where you indulge in whatever is being offered (outside of your brown bag). Feel free to play it by ear and cash in when it’s worth it.
3. WALK. It off. Let’s take the stairs over the next two months. Walk an extra stop; walk the full way to work.
4. STOP. Pay attention to when you justify indulging in that pain au chocolat because it’s been a rough week and you “deserve it”. Maybe it was a rough week just so you could use it to rationalize some later, less proud decision. How can you know for certain? In any case, it’s not a good reason. As Deepak once said: What are you REALLY hungry for? Best to figure it out. Avoidance exacerbates anxiety.
5. DRINK. A full glass of water before what could be admission into a mealtime extravaganza. If you eat slowly and chew thoroughly, this will give the body time to release satiety factors and signal to your brain that you’re full. Your digestive system also appreciates it when your mouth doesn’t offload its work down the line.
6. RESPECT. Ever ask yourself why there is a need to achieve dietary inebriation? Ask yourself. Whether it originated from culture or habit, it goes without saying that feeling satisfied serves you best, physically and emotionally.

It can be a very challenging time of year, not just because of colorful chocolate calendars, but also because of the usual end-of-year deadlines, get-togethers, familial events, and extra spending. Just know that we are all under stress at this time of year so being kind to each other, especially ourselves, goes far. This doesn’t mean taking on extra work than we’d like (no-no) or getting seconds on cruel treatment, but knowing that how people act isn’t personal. We’re all preoccupied with things we wish to resolve (consciously or subconsciously) and it often comes out in fun/interesting ways.

One of the things I started to do over ten years ago (rather than a New Years’ resolution), was generate a list of the top ten things I accomplished/was glad to experience/learn that year. Once done, if you review several years prior, it shows a clear picture of where you’re headed. It’s a nice reminder.

So stand tall, fix your office posture and know that you’re doing the best you can. And that this holiday season, you will aim to be just a little bit kinder to yourself than last. Sláinte.