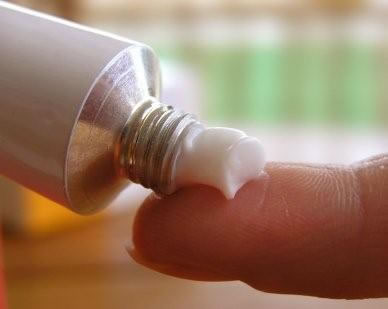 Atopic dermatitis is a skin disease characterized by itchy, inflamed skin and it is the most common type of eczema.  The cause of atopic dermatitis is not known, but it is believed to result from a combination of genetic and environmental factors. Atopic dermatitis is also considered to be associated with malfunction of the body’s immune system (the system that recognizes and helps fight bacteria and viruses that invade the body).

How does acupuncture influence our immune functions?

Scientific studies have shown that immune cells hold receptors of the autonomic nervous system (ANS).  A specific acupuncture approach employed at The Pacific Wellness Institute, Toronto is designed to normalize the balance of immune cells (neutrophil and lymphocyte) by modulating the ANS activity.

In order to alter the balance of the ANS in the desired direction according to the patient’s condition, we consider not only the acupuncture points to be stimulated but also depth of the needles and respiration rhythm.  In addition, we carefully consider position of the patient during treatment (this is one of the most important elements in inducing the desired ANS response, however it is overlooked by many acupuncturists). Treatment is done either in sitting or lying position depending on the intention to either induce sympathetic/granulocyte dominant response or parasympathetic/lymphocyte dominant response. Periodic review of blood tests (especially WBC distribution) is useful in developing an appropriate acupuncture strategy and evaluating progress.

It is important to note the difference between cortisone medications and acupuncture.  Cortisone administration typically induces immediate and drastic improvement of skin conditions, however, the relief is usually temporary.  Some experts are concerned that  long-term use of steroid application has detrimental effects on skin conditions and over time, it creates further ground for additional flare-ups.  It has other well-known serious systemic side effects, especially with oral administrations.  Acupuncture on the other hand is geared towards prevention of flare-ups and overall improvement of skin.  It is not a ‘quick fix’ remedy, but rather a process that helps rejuvenate skin by addressing imbalance of the entire body.  Symptoms may temporarily worsen during the healing process and the flare-ups are particularly more pronounced when patients attempt to decrease or stop the cortisone usage. Reducing exposure to suspected allergens is important in order to keep skin inflammation under control and decrease the chance of further flare-ups especially during the initial healing process.  As for many other chronic illnesses, decreasing emotional stress is one of the most important elements for successful long-term management of the condition.